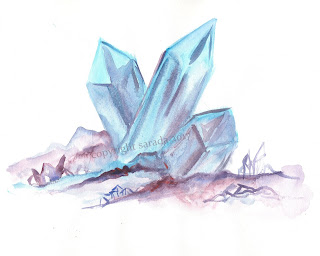 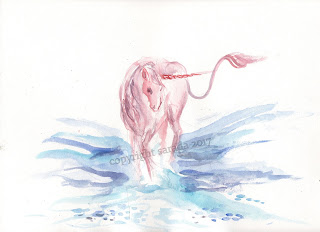 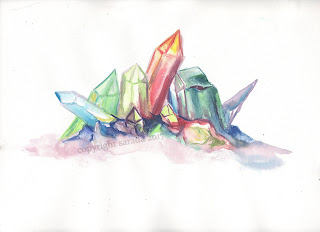 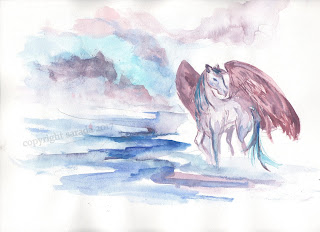 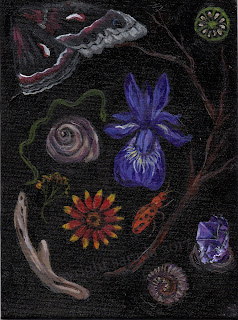 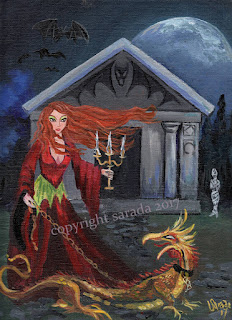 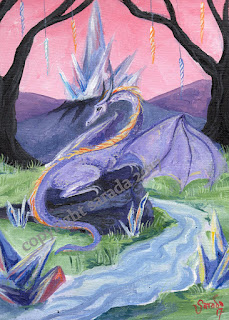 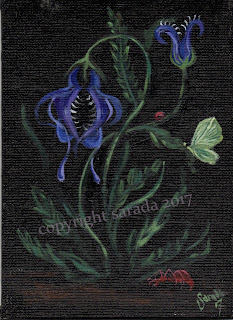 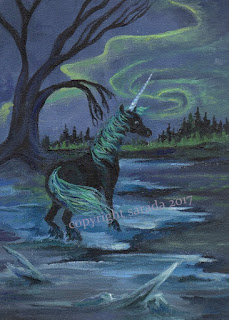 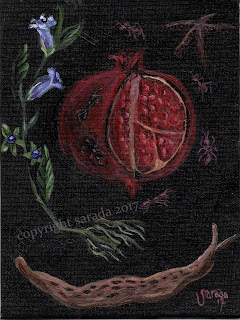 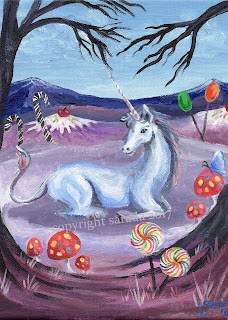 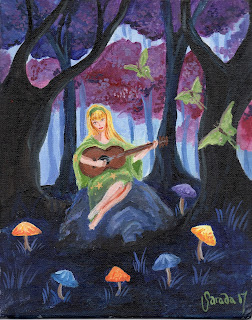 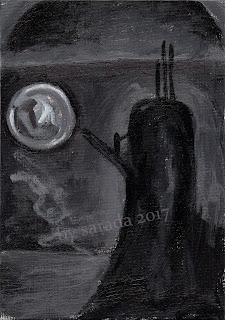 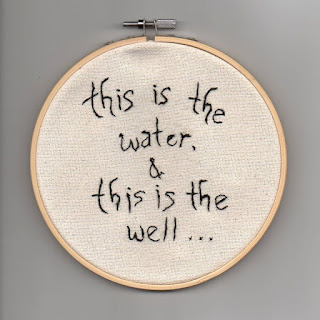 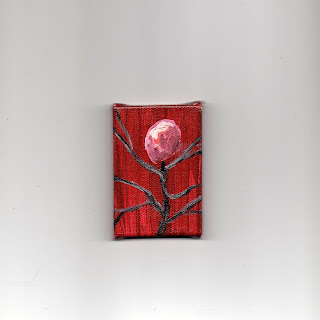 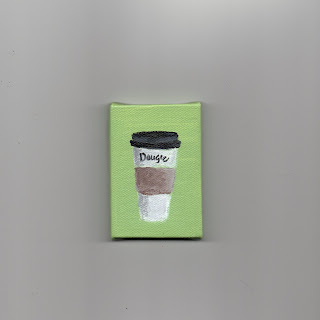 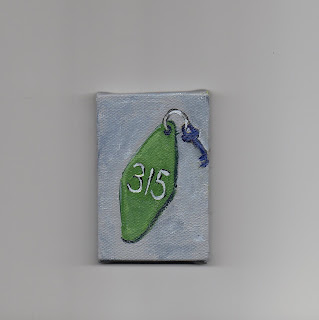 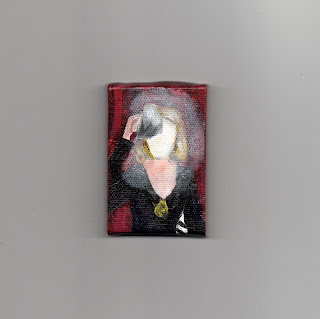 I like to offer up art for fundraising purposes, whether through a direct sale or to an auction, etc., whenever I can but this year I would like to make significant increase in the amount that I donate to the organizations that I support, and to donate to more organizations in general. I will update this page regularly with artwork that I have for that purpose. Right now I am looking to bolster my donations to the ACLU and other groups. 100% of the sale price will go to charity and if you are in the US I will pay shipping if you purchase directly from me (as opposed to through Etsy, etc.). I will put some of these on Etsy to increase the number of people who might be able to see them.

I'm asking for a $20 or more donation for a 3 x 5 inch cat painting (the night cat has sold, but I can make more similar to it!) and a $25 or more donation for the 5 x 7 painting of the rainbow feminist unicorn which I would like to earmark for a Planned Parenthood donation as they have been the main place I have received annual cancer screenings for over 25 years. I haven't given these proper titles yet, but I think that describes them! These are on flat canvas board in acrylic paint. 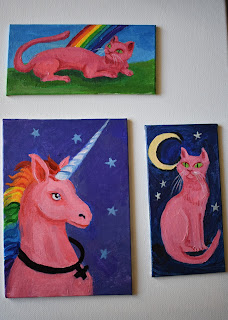 Then I have little 2 x 3 inch paintings on mini stretch canvases of kitty cats. The purple one is spoken for but I can certainly do more in that or any other color. I'm asking $15 or more donations for these. 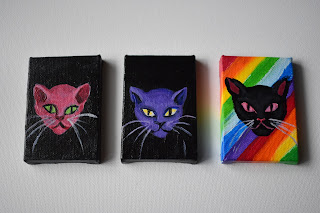 If you want to see proof of donations afterwards I can certainly provide that! I'm hoping that by offering cute little pieces of art that I produce regularly, I can help to boost my donations. Please share with anyone that you think would like to buy some art for one of these causes or others. Repaints, variations and requests are welcome.
Posted by artbysarada at 4:59 PM No comments: