It is halfway through September and we are doing our best to get into an autumn frame of mind. This week we visited a handful of places where one can see weird things, wax figures and taxidermy, without really planning it that way. It's nice to find this kind of seriousness weirdness in Texas - the kind of things I used to read about or see on travel shows on TV and think, I wish I could go there! Of course, being from the greater Philadelphia area, I've been to the Mutter Museum a few times, so these places had a lot to live up to, but I'm pretty pleased.

First, in Austin we have the Museum of the Weird. On E. 6th St., a $18 ticket will get you admission BOTH to this and its sister attraction, the Sfanthor wax horror museum, which isn't very far away, over on S. Congress Ave.

At the Museum of the Weird, the assortment of bizarre taxidermied animals -- two-headed calves and the like -- sideshow and horror artifacts and a couple of wax figures, culminates in the unveiling of a true sideshow legend, the Minnesota Iceman. While they don't allow visitors to photograph this exhibit, they build up the suspense by screening an old "Unexplained Mysteries" segment on the beast and give some background information about how the museum's founder saw this exhibit back in the 60s and finally tracked it down and bought it. I won't give anything away, but if you want the full experience and mystique of this creature, don't google it any further -- let them tell you about it, and believe the legend! 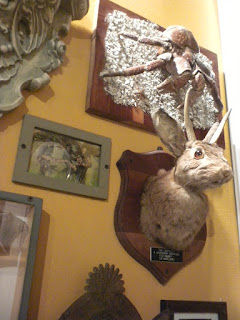 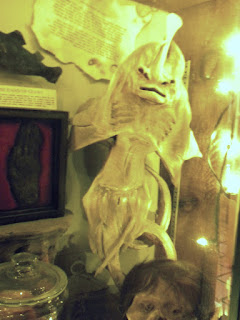 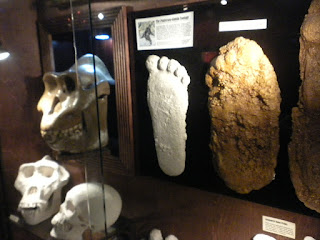 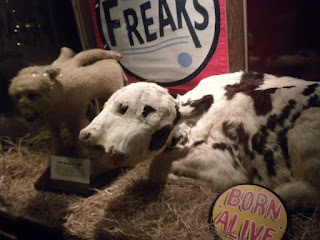 The Museum of the Weird is joined to the Lucky Lizard curio and gift shop, which you can visit for free of course. They sell amazing horror t-shirts (I got a Tombs of the Blind Dead t-shirt, I'm happy to say -- they dig deep for truly excellent films on these tees!) an other fun stuff.

Over at the Sfanthor House of Wax you can see some beautifully displayed horror classics in wax -- mostly from old movies, but there's an Alien at the end as well (with a strobe light, so I had to close my eyes -- strobe-sensitive folks, be aware of this!). I can't recall ever being to a wax museum before so this was a treat. 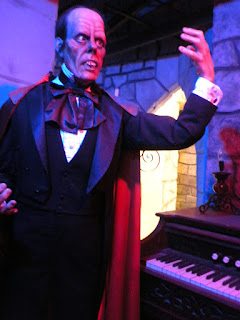 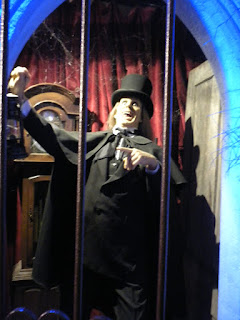 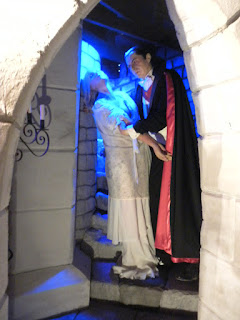 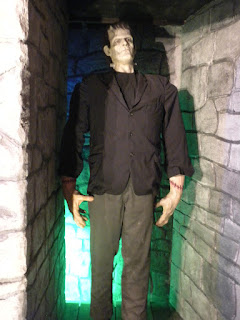 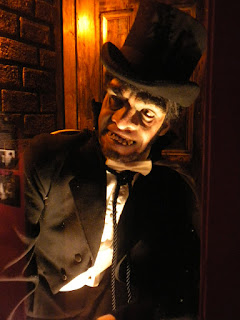 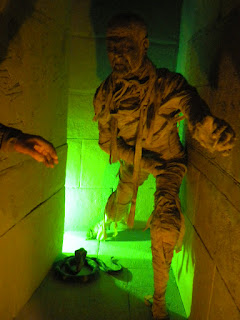 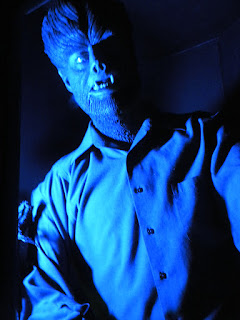 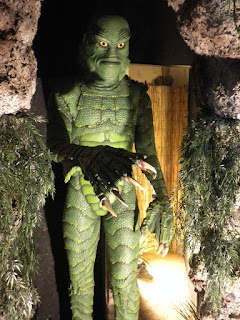 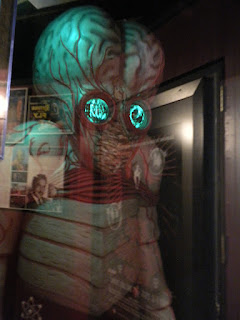 Those exhibits are always open, and are open late -- but over in Houston for a limited time, the Museum of Natural Science has a wonderful exhibit called the Cabinet of Curosities. Modeled after Victorian-era curio cabinets from well-to-do explorers and collectors, it is an interactive exhibit full of dozens of drawers you can open to reveal more wonders: feathers, bones, crafts from native peoples around the world, shells, insects and other delights.

It's a wonderful, unique exhibit and so much fun to just wander around marveling at all of the artifacts. Even if you're like me and don't care for taxidermy, in a modern context -- as a mostly-vegetarian for 30 years, I recoil at the thought of killing an animal just to put it on display -- the fact that these are older artifacts makes it something I can appreciate on a different level within a historical context.

I'm not sure how long this will stick around but it really does seem to fit in with the Halloween time of year, for me. 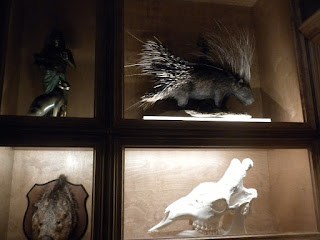 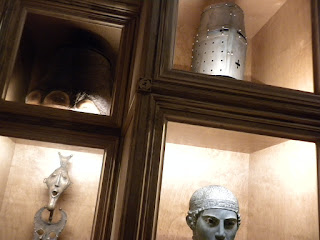 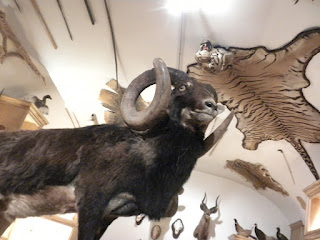 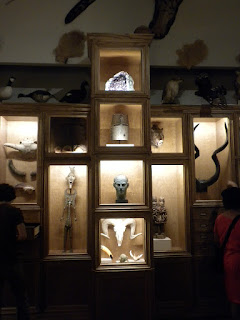 Of course, Houston boasts one of the most gothic of all museums next to the Mutter, the National Museum of Funeral History, but we will save our visit to that for October. It's been two years since we last stopped by there, so perhaps there will be some new morbid things to enjoy there by now as well.
Posted by artbysarada at 10:05 PM